I’m a soup-all-year-long type of person. Soup is tasty. Soup is filling. Soup freezes well. And this Chicken and Lime Soup is where it’s at. The clear broth is light enough for summer, and has a deliciously spicy, sour, and salty broth that will keep you coming back for more, and more, and MORE. If you want to change up your chicken soup game, this Chicken and Lime Soup is the way to go! 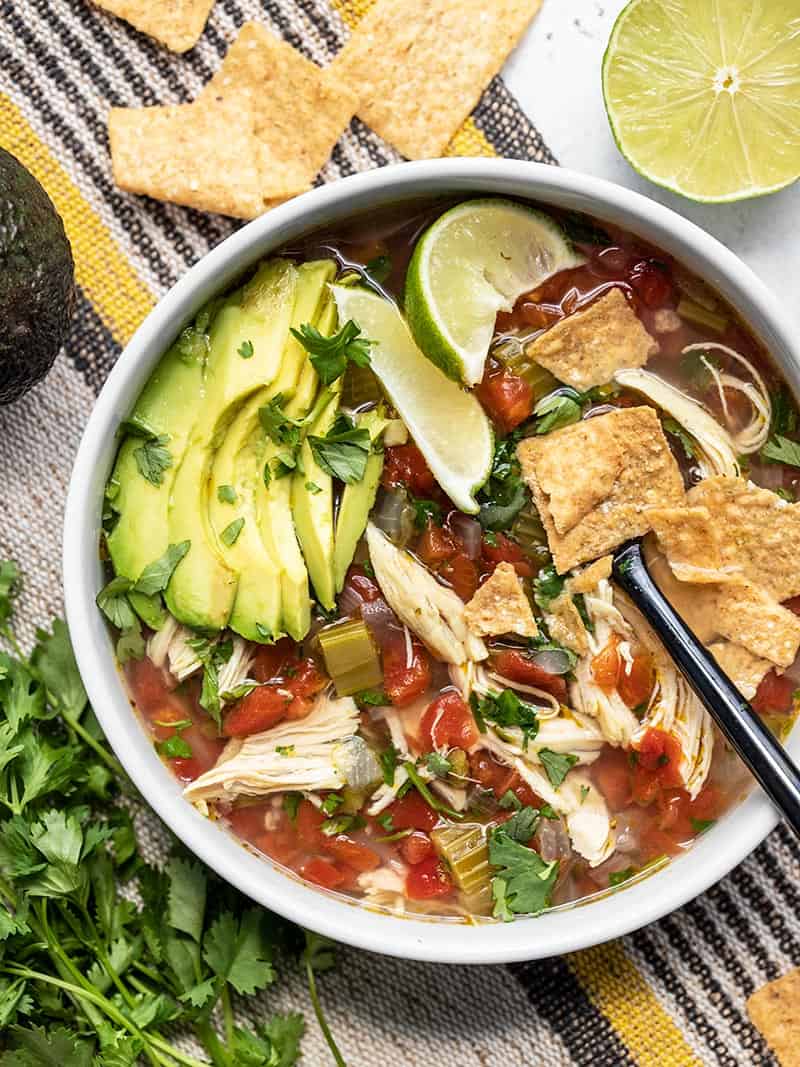 This Chicken and Lime Soup was inspired by a trip to a Mexican restaurant where I had the most amazing tangy Caldo Xochitl. I added more lime because I’m a lime fiend, and it gave the soup the perfect mix between spicy, salty, and sour – that same famous combo that makes Chinese hot & sour soup so delish. There’s just something about that flavor combination that tickles all the right parts of your tongue! 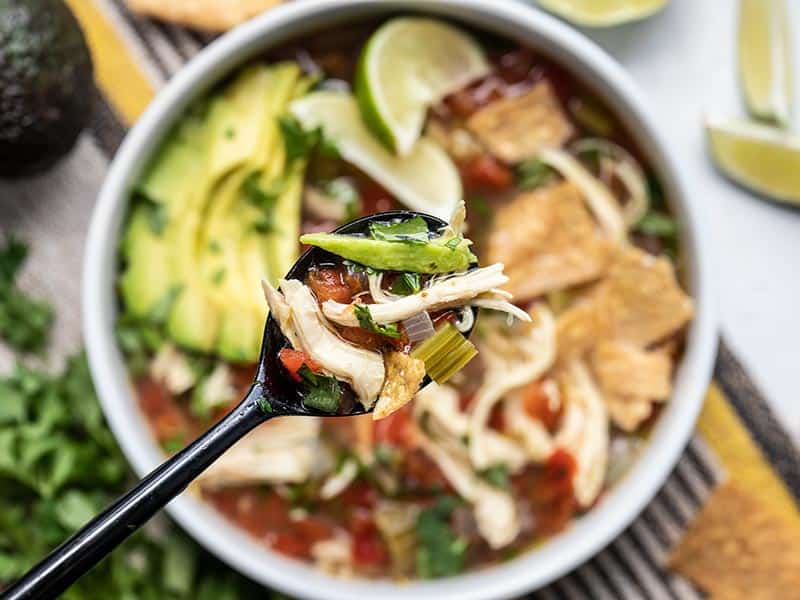 Use More Chicken if Desired

Using only a small amount of meat in my recipes is kind of my calling card, so that’s what I did here. One chicken breast, shredded so you get a little bit in every spoonful, is all I needed. If you prefer more meat in your dishes, you can use two chicken breasts in this recipe without having to make any other adjustments.

Topping Your Chicken and Lime Soup

For me, topping soup with lots of stuff is half the fun, and you have a lot of topping options with this one. I wrote avocado into the recipe because I really feel like that topping is critical and really makes the soup flavors well rounded, but the rest are totally optional. When I have tortilla chips on hand, I like to use those like I would crackers in other soup, crushing them up so they can soak up that awesome broth. A little dab of sour cream would be awesome, as would a few pickled red onions. 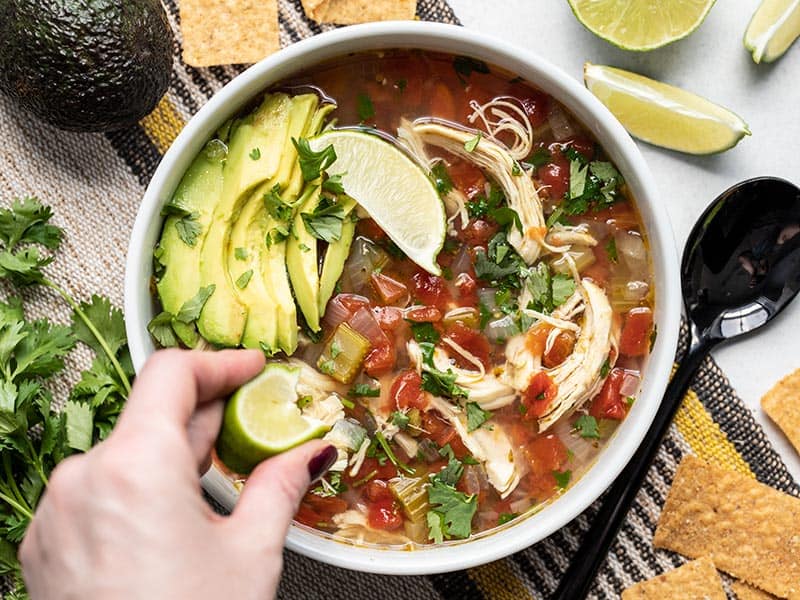 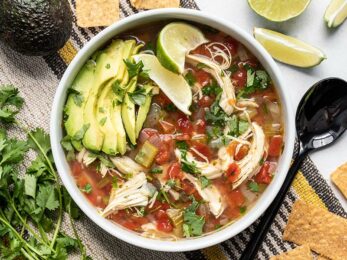 This Chicken and Lime Soup is light, fresh, and flavorful with shredded chicken, vegetables, fresh cilantro, and a tangy lime infused broth.

*I use Better Than Bouillon chicken soup base to make my broth because it is less expensive than buying canned or boxed broths.

Scroll down for the step by step photos! 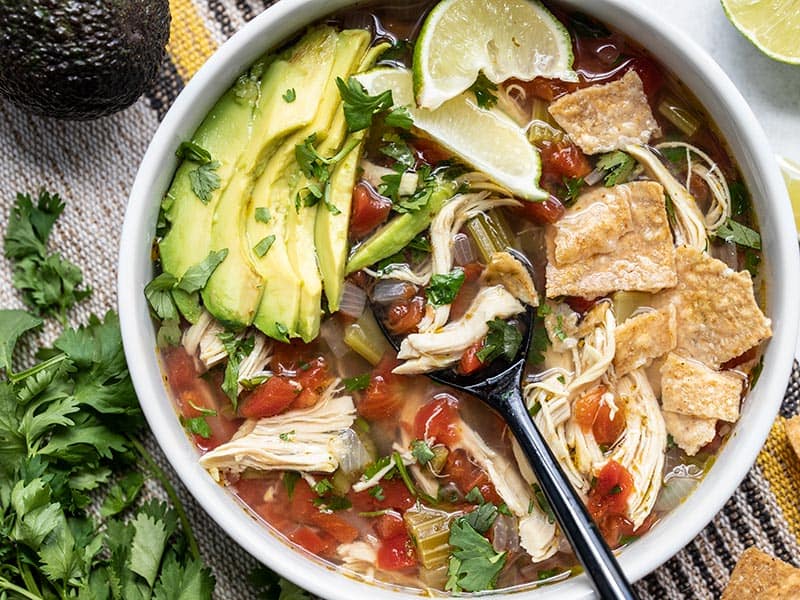 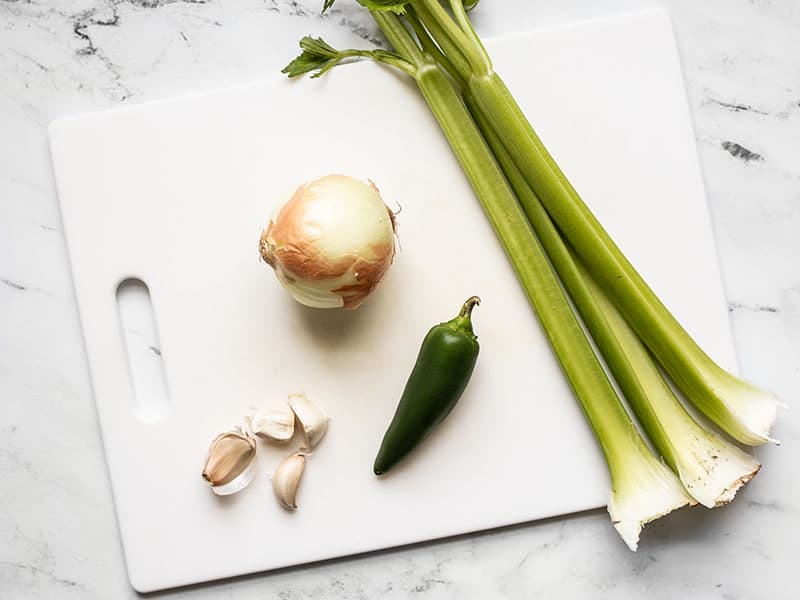 Dice one yellow onion, three ribs of celery, and one jalapeño. Mince four cloves of garlic. 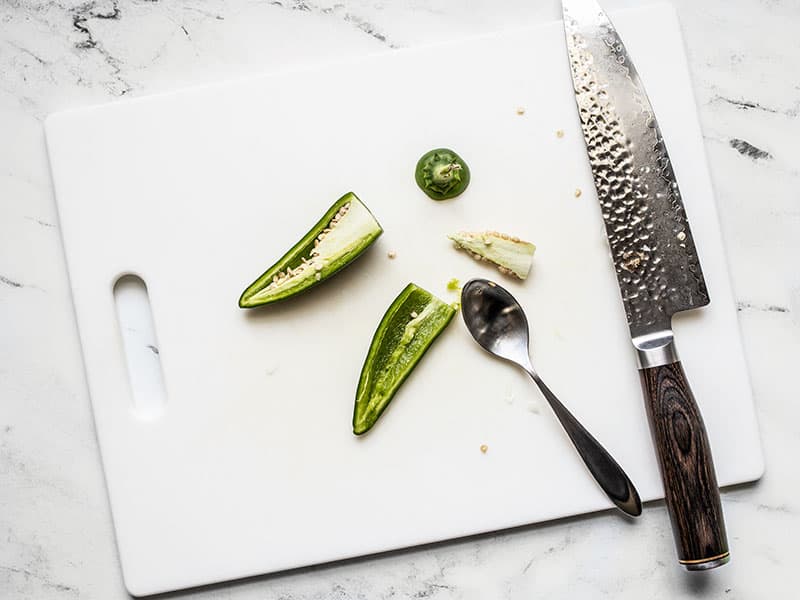 Before dicing the jalapeño, slice it in half lengthwise and use a spoon to scrape out the white ribs and seeds. These are the hottest parts of the jalapeño, so removing them first will give you a little more jalapeño flavor and a little less heat. 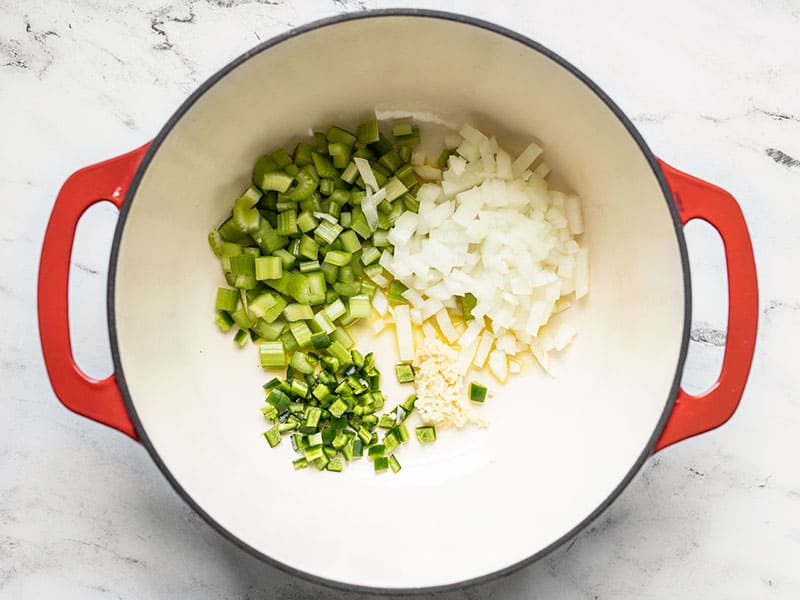 Add the celery, onion, jalapeño, and garlic to a large soup pot with 2 Tbsp olive oil. Sauté over medium heat for about 5 minutes, or until the onions are soft and translucent. 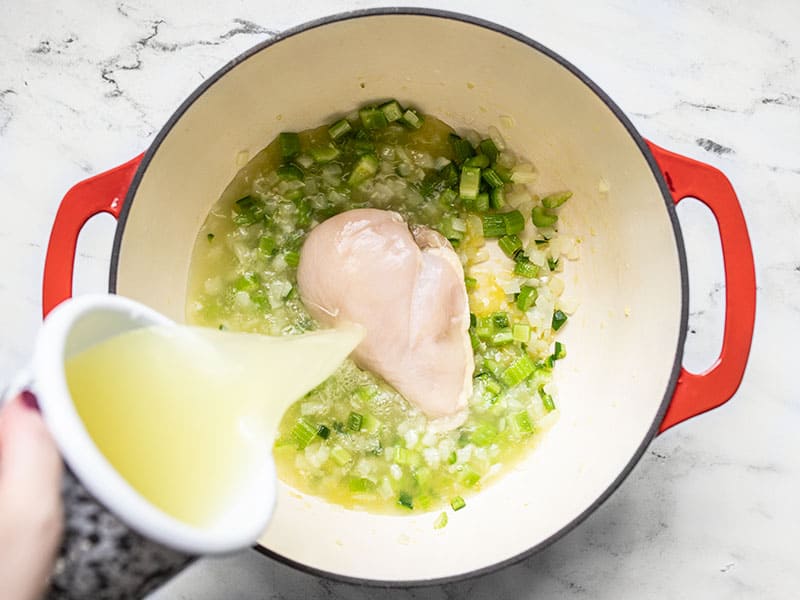 Add one boneless, skinless chicken breast to the pot (about 3/4 lb.). Then add 6 cups chicken broth (I use Better Than Bouillon so I can mix up any amount needed at any time). 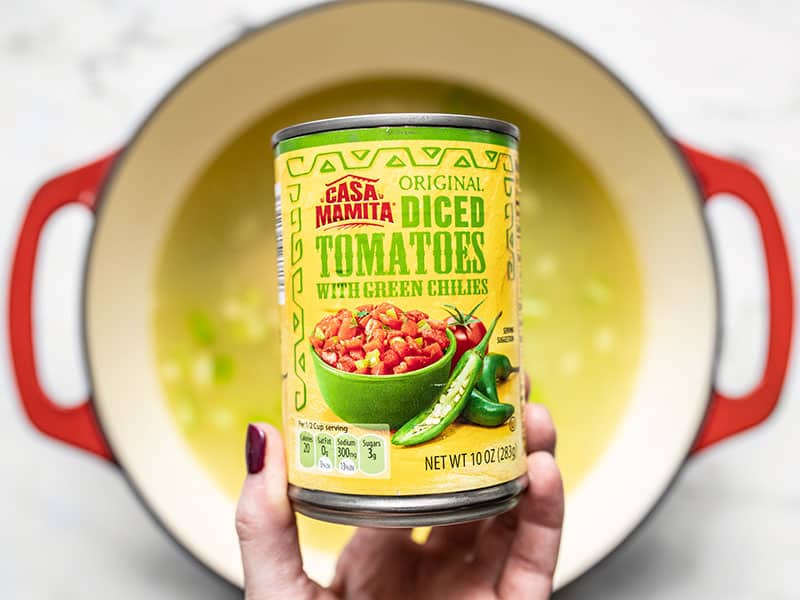 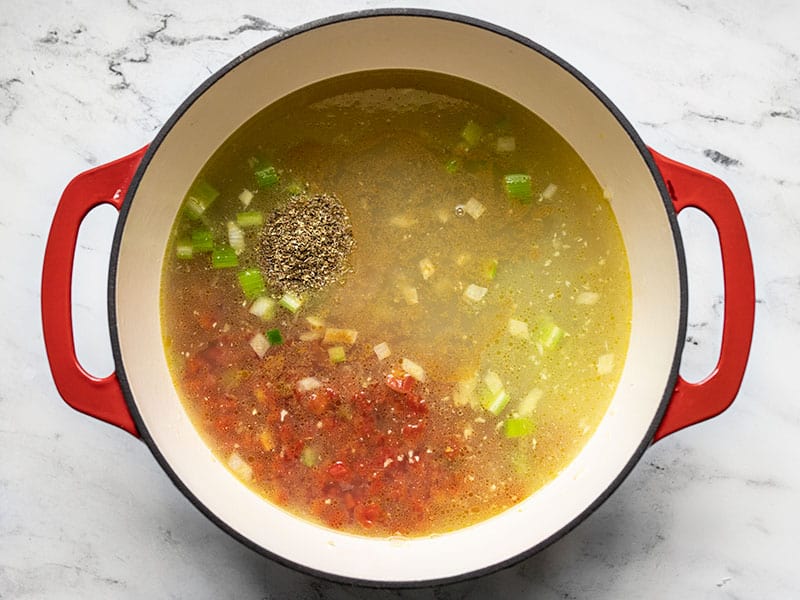 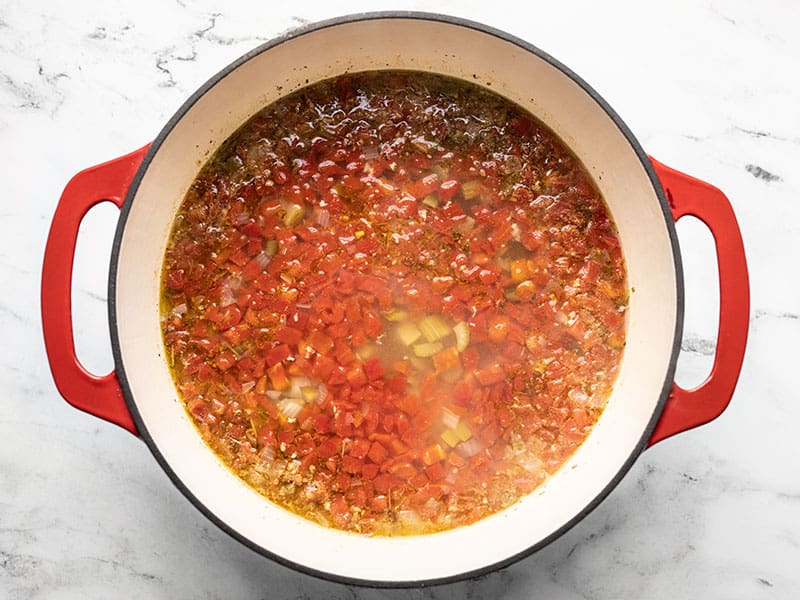 Place a lid on the pot, turn the heat up to high, and allow it to come up to a boil. Once boiling, turn the heat down to low and let the soup simmer for 45 minutes (lid on). 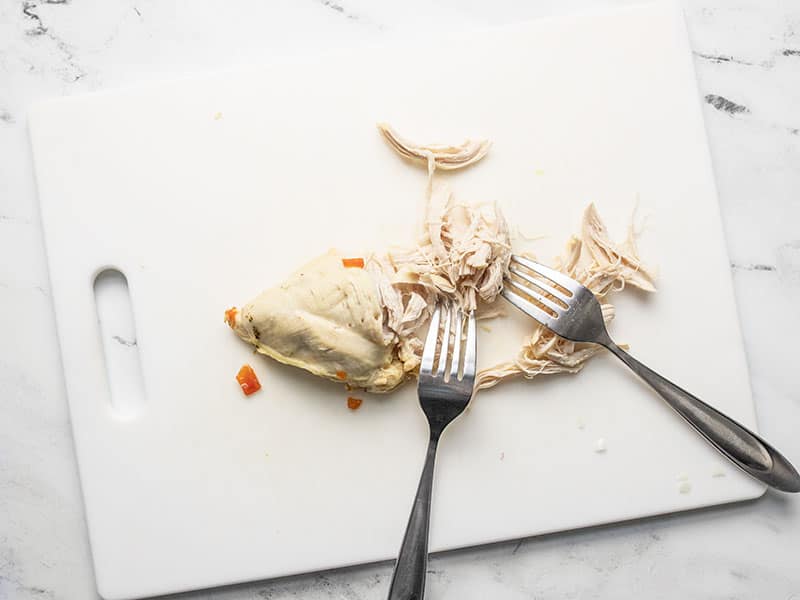 After simmering for 45 minutes, the chicken should be tender enough to shred. Carefully remove it from the pot to a clean cutting board, then use two forks to shred the meat into small pieces. Return the shredded meat to the soup pot. 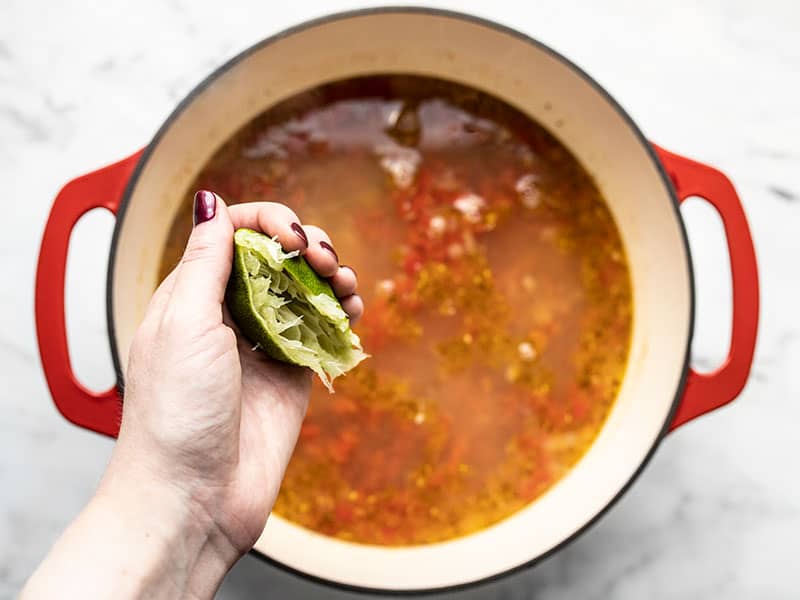 Squeeze the juice from one lime (about 2-3 Tbsp) into the broth. To get the most juice out of the lime, I like to cut it in half, squeeze as much by hand, then insert a spoon into the lime and twist to squeeze out the rest. 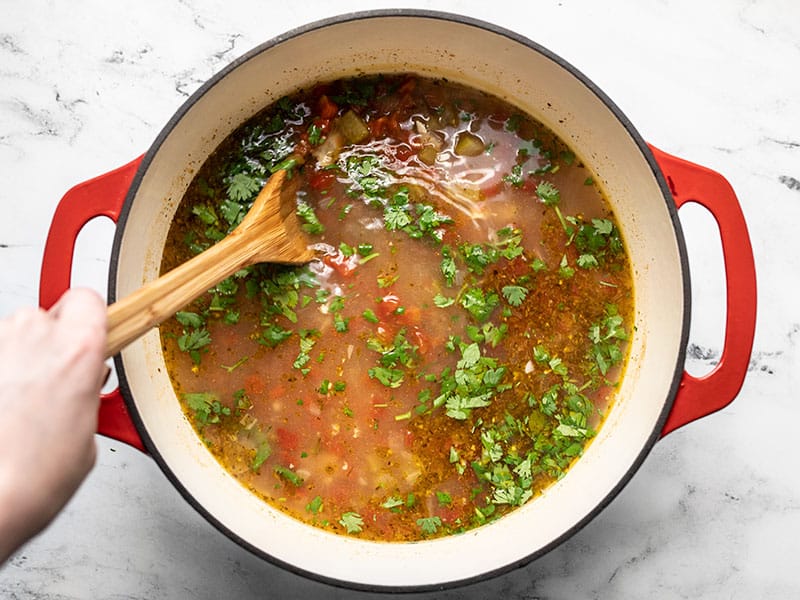 Rinse the cilantro to make sure there’s no sand hiding in there, then give it a rough chop. You don’t have to take the time to carefully remove all stems. Cilantro stems are tender enough to enjoy. Stir the cilantro into the soup. 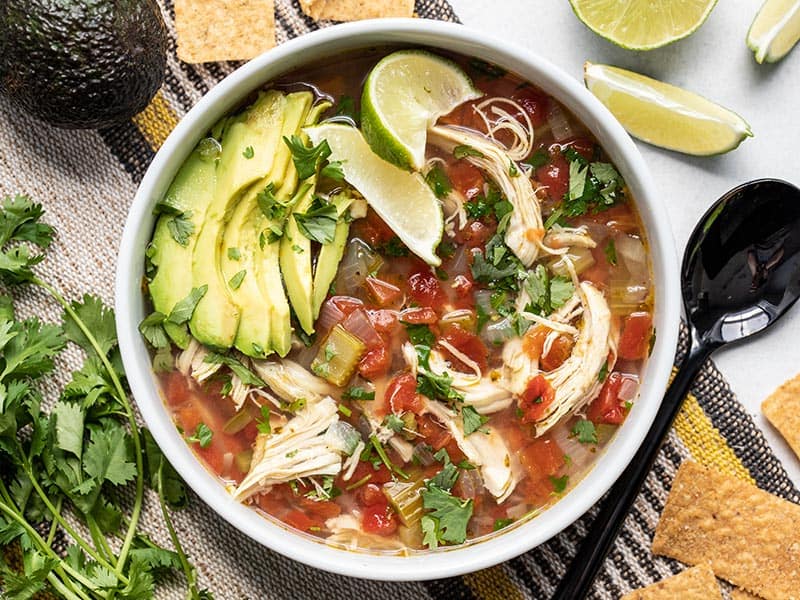 Slice the avocado and add a few slices to each bowl just before serving! Enjoy!